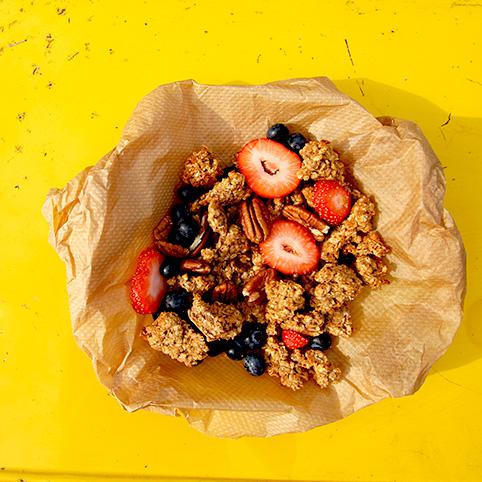 Making this granola is peanuts and eating a whole bowl isn’t an effort either. Preheat your oven to 325 degrees. Take a baking sheet and rub it in with coconut oil. Mix the peanut butter and syrup in a bowl and let it cook until it melts. Add the cinnamon and oats into the bowl and stir until it’s completely covered in the mixture. Spread it all onto the baking sheet and bake for 8 minutes until it’s slightly browned. Let it cool until it’s crunchy. Serve with fresh fruits, Greek yoghurt or almond milk.